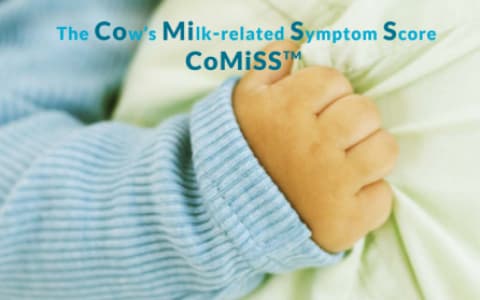 The CoMiSSTM score ranges from 0 to 33. Each symptom has a maximal score of six, with the exception of respiratory symptoms (maximal score of three). An arbitrary cut-off value of ≥12 was selected as the criterion to pick up infants at risk of CMA. A score of 12 requires the presence of at least two severe symptoms and a score higher than 12 requires the presence of at least three symptoms and the involvement of two organ systems. Published data using the CoMiSS in clinical trials show that the predictive value of the tool is 80% if the score is >12 at the start and decreases to < 6 within 2 weeks under an elimination diet with an extensiviley hydrolysed formula.